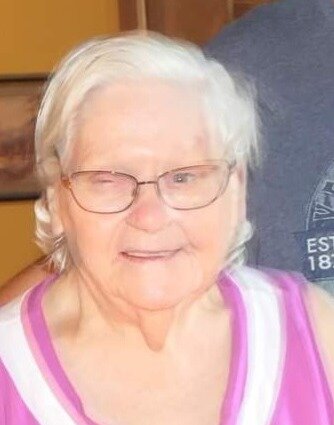 Please share a memory of Esther to include in a keepsake book for family and friends.
View Tribute Book
Esther JoAnn Smith, age 86, of Tomahawk, passed away peacefully on January 5, 2023 under the care of her family with the assistance of Aspirus Comfort Care. Esther was born in Ohio on September 15, 1936. Above all, Esther loved being a mom. She stayed home while her son was young and didn’t work outside of the home until Bill was grown. Later in life, Esther worked as a CNA. Esther was married to Ronald Smith. She was an incredible baker and loved making desserts and baking cookies. Esther is survived by her son – Bill (Susan) Harris of Harshaw and grandson – Dylan Harris of Wausau. She is further survived by many other relatives and friends. Esther is preceded in death by her parents, husband – Ronald Smith and granddaughter – Brittany Harris. There will be no formal service held for Esther Smith. Krueger Family Funeral Home & Cremation Services is assisting the family with arrangements. You may view the full obituary and leave online condolences at www.kruegerfamilyfuneral.com
To plant a beautiful memorial tree in memory of Esther Smith, please visit our Tree Store

A Memorial Tree was planted for Esther
We are deeply sorry for your loss ~ the staff at Krueger Family Funeral Home
Join in honoring their life - plant a memorial tree
Services for Esther Smith
There are no events scheduled. You can still show your support by planting a tree in memory of Esther Smith.
Plant a tree in memory of Esther
Print
Online Memory & Photo Sharing Event
Online Event
About this Event