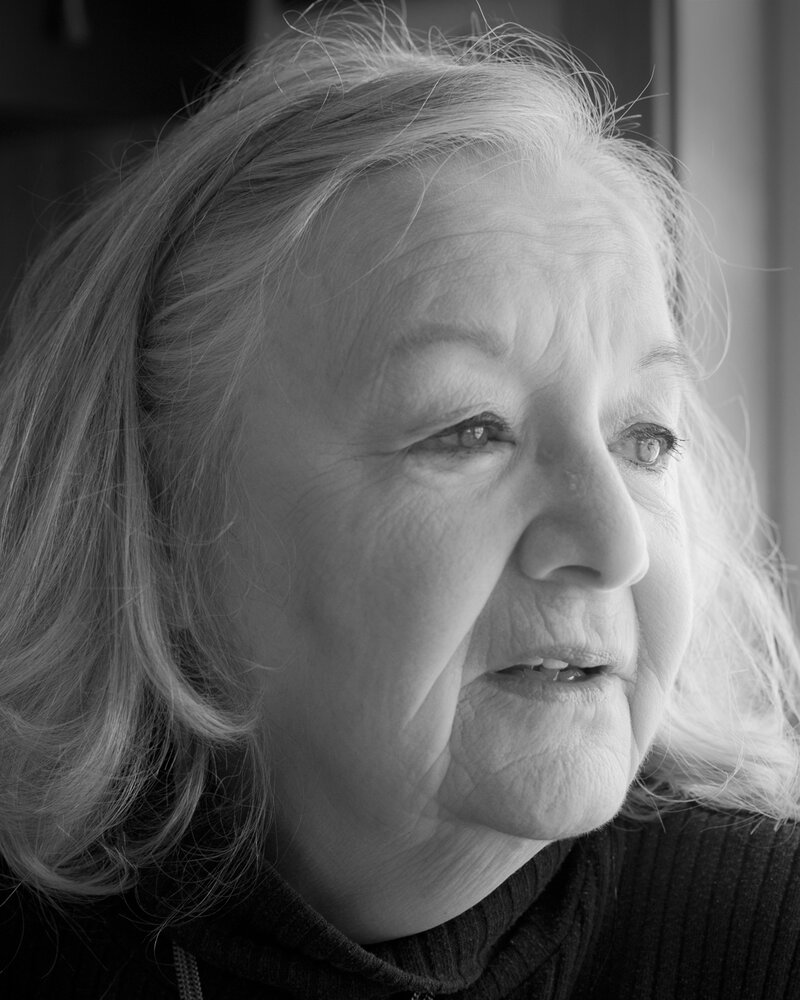 Please share a memory of Maureen to include in a keepsake book for family and friends.
View Tribute Book
Maureen Magdalene Gallagher Theiler, born April 19, 1938, in Wilkes Barre, Pennsylvania, passed away in Boise, Idaho on Thursday, September 22, 2022, surrounded by loved ones. Born to Edward and Genievieve (Beeman) Gallagher, Maureen joined older siblings Peggy, Joe, and Patricia at the family home on South Pennsylvania Avenue (younger sister Ginny arrived two years later). Maureen spent her formative years and high school in Wilkes Barre, and by choice she later moved to Wisconsin to be with her sister Patricia, who was expecting a child. Her stay included meeting her future spouse, Ray Theiler, whom she married in 1959, and she soon began raising family. In 1961, Maureen “Reenie”, Ray, and their two oldest children moved west to Lame Deer, Montana where Ray had accepted a position with the Bureau of Indian Affairs as a forester. In 1966, with a young and growing family, Maureen and Ray moved to Polson, Montana as Ray transferred to the Flathead Agency of the BIA. There, they raised six children, and served the community until 2017 when Ray passed away, after 58 years of marriage. Maureen remained in Polson and Ronan until moving to Boise in 2021 to be closer to her children. Maureen was an active member of the Immaculate Conception Parish in Polson. She dedicated an immense amount of time to the parish and the Diocese of Helena (MT). She spent many years of selfless service in Polson’s soup kitchen, always putting others’ needs above her own, and gave tirelessly to the hospice service in the Polson and Ronan area, having led a care-giver program for the Council on Aging. Spending a few years as the Lake County Clerk of Court, and working for Bishop Insurance Service in Polson, Maureen cultivated many life-long friendships and acquaintances. In her 60’s, Maureen “returned” to college, taking classes at the Salish Kootenai College where she enjoyed writing poetry and painting. Maureen LOVED to bake, cook, and create her own recipes as much as she loved sharing her creations with others. She never met a bag of flour she could not convert into to numerous loaves of bread; a chunk of cheese that was perfect for mac n’ cheese, a pound of meat that would make the best soup or an assortment of olives that were tasty on your fingertips! After moving to Boise, Maureen continued to give of herself sharing her stories, recipes, and humor with resident friends in her assisted living community. One of Maureen’s greatest joys was spending time with her children, grandchildren and great-grandchildren who knew her as Mom, Nana, G’maw, and Nana Great! Maureen’s friends describe her as generous, inspiring, classy, vivacious, resourceful, caring, sassy and a great conversationalist. She developed a flair for looking stylish, taking great pride in wearing colorful clothing, shoes, accessories, and makeup! Those who cared for her at the end of her life adored her and cherished their deeply personal conversations with her. She was a gem. Survivors include children Mary Pat (Tony) Cheng of Bellevue, WA; Matthew (Tammy) Theiler of Idaho Falls, ID; Kathleen (Chuck) Elliott of Eagle, ID; Betsy (Joel) Craswell of Puyallup, WA; Hugh (Kellie) Theiler of East Wenatchee, WA; and Sarah (David) Horten of Albuquerque, NM; 15 grandchildren and 9 great-grandchildren, younger sister Ginny; numerous nieces and nephews; along with a large extended family and host of good friends. Maureen was preceded in death by her husband, Ray, her parents, and older siblings. Maureen’s children would like to thank the teams at True Wood Assisted Living and FirstChoice Hospice in Boise who wonderfully cared for and openly shared fond stories of their interactions with her. There will be a Celebration of Life at Krueger Funeral Home, Tomahawk, WI on Thursday, October 27, 2022. Family visitation will begin at noon with the Memorial Service at 1pm, followed by interment next to Ray at Calvary Cemetery. Afterward join the family at Inshalla Country Club to celebrate Maureen. We’d like to honor Mom’s flair for life by wearing brightly colored clothes to celebrate her - “the brighter the better!” A Celebration of Life will also be held in Polson, Montana in Spring 2023, where Maureen raised her family and served the community between 1965 and 2021. In lieu of flowers, please consider a donation to the Theiler/Oberlitner Scholarship managed by Polson Scholarship and Education Foundation, PO Box 741, Polson, MT 59860. ----------------------------- Memorial Service for Maureen Theiler Time: Oct 27, 2022 01:00 PM Central Time (US and Canada) Join Zoom Meeting https://us02web.zoom.us/j/88063550593?pwd=TVl1Q0ZVQUM2c3ZZN0lLdVFMQmZtQT09 Meeting ID: 880 6355 0593 Passcode: Theiler
To plant a beautiful memorial tree in memory of Maureen Theiler, please visit our Tree Store
Print
Thursday
27
October