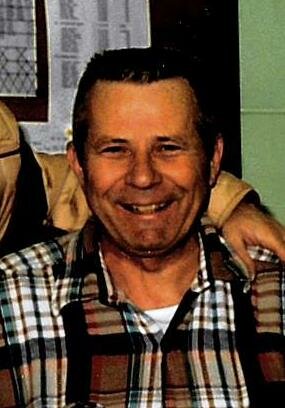 Please share a memory of George to include in a keepsake book for family and friends.
View Tribute Book
The often interesting life of George Edwin Schuetz ended according to the Lord’s timing on Friday, September 9, 2022, following 91 years of grace. He was born at the family residence in the Bay View area of Milwaukee, on Christmas Day during the depression year of 1930, to Edwin and Lillian (Hansen) Schuetz. He grew up primarily in that Bay View area of Milwaukee, surrounded by family in the near neighborhoods and enjoying wonderful experiences of summers and early fall, sharing the ancestral cottage at Tichigan Lake. Many large Northern Pike, other pan fish and wild ducks and geese became his trophies during those early growing years. The large Schuetz family of immigrants Georg & Anna, blended in with the “Sauerkraut Hill” population of many other German Immigrants where George’s Mason Contractor grandfather, and namesake, had established his business. Following elementary schooling George attended and graduated from Bay View High School in 1948, where he lettered on the swim team. He had an edge on the other swimmers because he spent most of his summers at Tichigan Lake enjoying the joys of childhood at the family cottage also built by their grandfather and his sons. George started his 37 years of employment with the Wisconsin Bell Telephone Company in September 1948 in the mail room but once he was 18 he transferred to working outdoors on the Line Crew. His phone company employment was interrupted briefly by his service in the US Marines during which time he also became the father to his son Michael. Following his discharge in 1953 he returned to his work on the Line Crew, but his marriage had dissolved. Then an opportunity arose to work through the Bell System, under Western Electric in Canada building the DEW Line; a Distant Early Warning system along the Arctic Circle during the cold war with Russia. The challenges of this opportunity required an 18 month commitment which George enjoyed and was reluctant to give up. He returned to Wisconsin in July of 1957. George’s telephone career included schooling and training in many aspects of outside plant involving splicing, locating, T-Carrier, and ending with the Repair crew before his retirement. During his career, he often volunteered to travel for repair or help in other areas of the state plus spending one winter working in Florida, with a Wisconsin Crew on loan to Southern Bell. His working career with the phone company, then known as Ameritech, ended in December of 1985 after 37 years but he was able to continue using his skills and training as a teaching consultant. He was hired by the Thomas & Betts Company to travel around the state demonstrating a closure for damaged and new cable splices. George and Eleanore (Remmers) were married in Tomahawk, July of 1961, starting a life together at the home George had recently purchased on Burma Road at Tichigan Lake. Here they raised their family of 3 boys, and enjoyed serving the local community in many ways. George was one of the founding members and helped organize the Green Valley Sportsman’s Club, along with being instrumental in starting and being an active member of the Fox River Valley Club in Big Bend. For years he continued his enjoyment of league bowling and Sunday Softball games besides teaching his boys to fish and hunt safely and responsibly, touching the lives of other boys along the way. One of the family highlights was a trip with his father, Edwin, to join son Tim on a US Navy sponsored “Tiger Cruise” on the Destroyer, USS David R. Ray, from Hawaii back to San Diego in 1984. After retirement, George & Ellie moved to Tomahawk in 1994. Here, besides the freedom to fish his favored walleye when he wanted, George enjoyed cutting firewood and making maple syrup with Ellie’s assistance, plus their annual winter trips to Englewood, Florida. Card games of Sheepshead and cribbage continued to be favored activities, especially during the November hunting season, plus the Holcombe and Eagle River fishing trips. George’s retirement years included frequent volunteer involvement through the Telephone Pioneer Organization and their many projects, primarily serving handicapped individuals. Some notable ones included helping build two handicap accessible cabins in the state parks near Devil’s Lake near Baraboo and Ottawa in the southern unit of Kettle Moraine at Eagle. He also donated many hours on projects like handicap accessible fishing piers or ramps, hunting blinds, outdoor trails and shelters, along with repairing over 1000 talking book machines for the blind and handicapped, helping start and install early lifeline units through a program run via Sacred Heart Hospital and being the local Telephone Pioneer contact for delivering dictionaries to the third graders at the two local Tomahawk schools. His services were often volunteered for many of Ellie’s local church and historical projects too. George was preceded in death by his parents – Edwin and Lillian; his son – Michael; sister – Geraldine (C. James Mueller); brother-in-law – James Ewald. George is survived by his wife – Eleanore; sons – Timothy, Thomas (Jaqueline) and Theodore (Betty); sister – Patricia Ewald; and a very special relationship with “son #4” – Chris (Charissa) Goral and their family. George is further survived by step grandchildren, nieces, nephews, cousins and many special friends whose lives he touched. The Memorial Service with military rites for George Schuetz will take place at 11:00AM on Saturday, October 1, 2022 at Redeemer Lutheran Church. Pastor Mark Gass will officiate. Visitation will take place from 9:30AM until the time of service at 11:00AM. Memorials are appreciated to the Star Foundation or by planting a tree in George’s memory. Krueger Family Funeral Home & Cremation Services is assisting the family with arrangements. You may view the full obituary and leave online condolences at www.kruegerfamilyfuneral.com
To plant a beautiful memorial tree in memory of George Schuetz, please visit our Tree Store
Print
Saturday
1
October