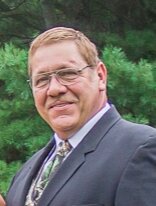 Charlie Kahn, age 66, of Tomahawk, passed away on February 15, 2022 at North Ridge Assisted Living in Stevens Point. Charlie was born on April 7, 1955 in Tomahawk to Eldred & Elaine (Riedel) Kahn. He attended St. Mary Catholic School, Washington School, Tomahawk Junior High & High School. He was a 1974 graduate of Tomahawk High School where he held the shot put record for 26 years. After high school, Charlie enlisted with the United States Marine Corps. He served from 1974 until his honorable discharge as Sergeant in 1978. Charlie married Bonnie Draeger on August 1, 1981 in Tomahawk. Together they have two sons – Kevin & Keegan. Charlie was a carpenter by trade. He had worked for various construction companies including his own – Kahnstruction & ended his career in 2006 with Bishop Builders. Charlie loved spending time outside hunting, fishing, woodworking and helping others with building projects. Charlie is survived by his wife – Bonnie Kahn; two sons – Kevin (Tiffany) Kahn & Keegan (Alysha Barnett) Kahn; and his siblings – Kate Stone of Milwaukee, Marcia (Rex) Schultrich of Inver Grove Heights, MN, Virginia “Gigi” (Ed) Bowles of Tomahawk, Betty (Jim) McCluskey of Tomahawk, Jim (Robin) Kahn of LaPorte, Colorado and Laura (David) Palmer of London, England. He is preceded in death by his parents and sister – Nanette Kahn. The Funeral Service for Charlie Kahn will take place at 12:00PM on Tuesday, February 22, 2022 at St. Mary Catholic Church. Deacon Jim Arndt will officiate. Visitation will take place on Monday, February 21, 2022 at Krueger Family Funeral Home from 4:00PM until 7:00PM. The visitation will continue on Tuesday at the church from 11:00AM until the time of service at 12:00PM. Krueger Family Funeral Home & Cremation Services is assisting the family with arrangements. You may view the full obituary and leave online condolences at www.kruegerfamilyfuneral.com ----------- Topic: Funeral Service for Charlie Kahn Time: Feb 22, 2022 12:00 PM Central Time (US and Canada) Join Zoom Meeting https://us02web.zoom.us/j/82822430031?pwd=V2xjeWFjWDVXQVpTZkp2bmNIeE0zQT09 Meeting ID: 828 2243 0031 Passcode: Kahn
To plant a beautiful memorial tree in memory of Charlie Kahn, please visit our Tree Store
Print
Monday
21
February