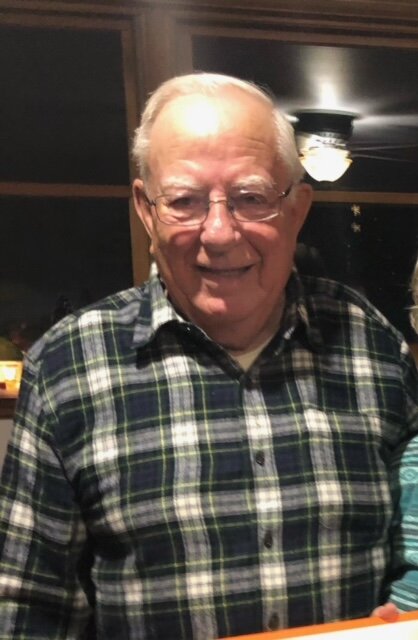 Please share a memory of Ronald to include in a keepsake book for family and friends.
View Tribute Book
Ronald G. Crass, age 82, of Tomahawk, passed away peacefully on Monday, January 31, 2022 at Marshfield Hospital. Ron was born on July 20, 1939 in Tomahawk to Arthur and Veronica (Young) Crass. He was married on February 20, 1965 to Jeanie Beutner in Tomahawk. In 1965, the family moved to Schofield. Ron worked at Haupt Contract Carriers. They purchased and operated G&R Transport, Inc. for 25 years. In 1996, Ron retired and he and Jeanie moved back home to Tomahawk. There wasn’t a day that went by that they didn’t say how thankful they were to have moved back home. Ron is survived by his wife of nearly 57 years – Jeanie Crass of Tomahawk and children – Dawn Crass, Kay (Rod) Berg, Kris Leggett & John (Carrie) Crass all of Tomahawk. He is further survived by six grandchildren – Alison Leggett, Annie (Ole) Hanson, Bradley (Allison) Jarvensivu, Cole Leggett, Bethany Berg & Meagan Berg; two sisters – Sherry Thompson & Carol Jarvensivu; his in-laws – Bernie Beutner, George (Loretta) Beutner, Marge Crass & Joe Beutner; sister-in-law – Georgeanne Crass; and brother-in-law – Cliff Stieber. Ron is preceded in death by his parents; his sister- Sandra Stieber; and brothers – Barry (Nancy) Young, Ken Crass & Arthur (Marge) Crass Jr. Ron never stopped “working”. He enjoyed his garden, raising chickens and turkeys, farming, logging, woodworking, beekeeping, making maple syrup, hunting and time spent with the gang at the hunting shack. His biggest enjoyment and pride were his four children and his six grandchildren. Mass of Christian Burial for Ron Crass will take place at 11:00AM on Monday, February 7, 2022 at St. Mary Catholic Church. Rev. John C. Anderson will officiate. Visitation will take place from 4:00PM until 7:00PM on Sunday, February 6, 2022 at Krueger Family Funeral Home. The rosary will be prayed at 7:00PM. Visitation will continue on Monday from 10:00AM until the time of Mass at 11:00AM. Burial will take place at Greenwood Cemetery in the springtime. In lieu of flowers the family asks for donations to Tomahawk Special Olympics. The family would like to thank the entire staff at the Marshfield Hospital, Marshfield, WI for the loving care they provided for our entire family. Krueger Family Funeral Home & Cremation Services is assisting the family with arrangements. You may view the full obituary and leave online condolences at www.kruegerfamilyfuneral.com
To plant a beautiful memorial tree in memory of Ronald Crass, please visit our Tree Store
Print
Sunday
6
February