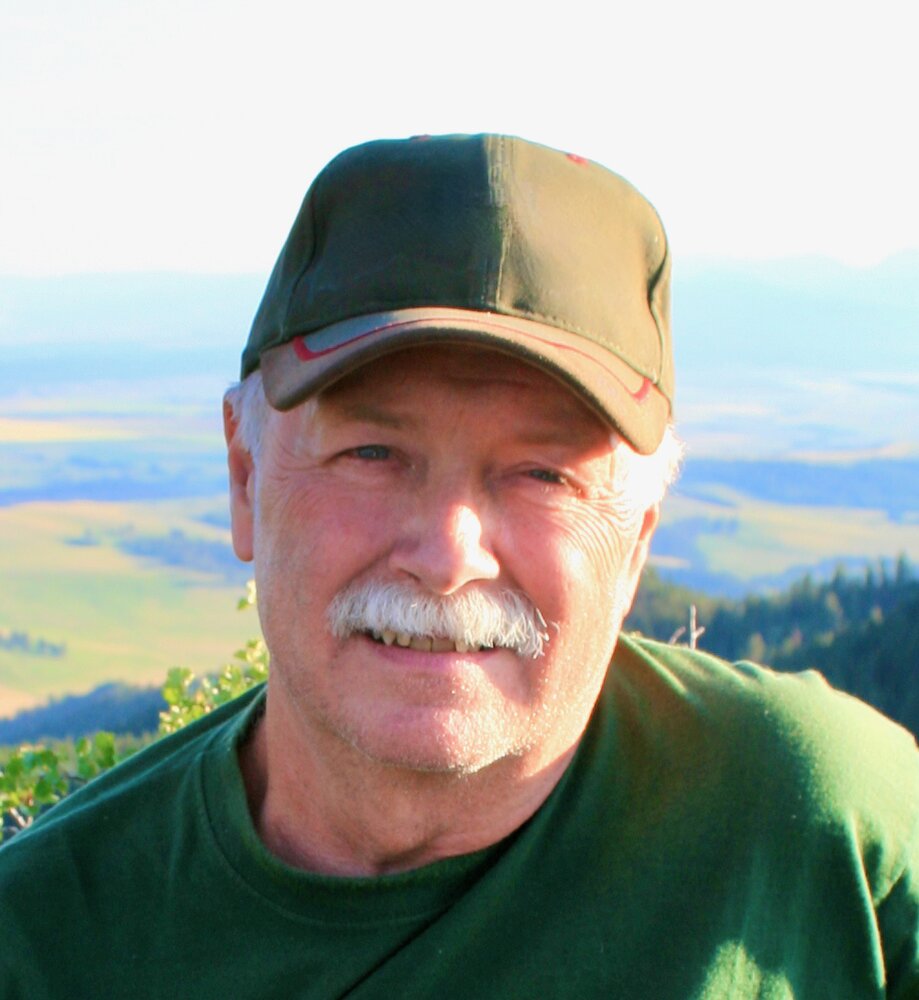 Please share a memory of Larry to include in a keepsake book for family and friends.
View Tribute Book
Larry Michael Tobin, retired co-publisher of the Tomahawk Leader for 37 years, died peacefully at home surrounded by his family on Sunday, Dec. 12, 2021, at the age of 75. Tobin was born Feb. 4, 1946, in Kansas City, Mo., to Charles A. and Fern (Lamar) Tobin. Upon graduation from St. Pius X High School in Kansas City in 1964, he came to Wisconsin to attend Marquette University, majoring in history and political science. After graduation, Tobin spent a year working in the alumni relations office of Marquette before moving to Madison to work in the State Legislature. He left government work in 1973 to become director of member services for the Wisconsin Electric Cooperative Association, but his days in politics weren’t over. He served two terms on the Dane County Board of Supervisors and, in 1977, became assistant manager and legislative coordinator for the Wisconsin Newspaper Association (WNA). Tobin held a long and fierce loyalty to WNA, often stating that it was his introduction to that organization that brought all the best things to his life. He would later spend 11 years on the WNA board of directors, including a year as the 100th president. He also spent a decade on the WNA Foundation board of directors and served two terms as president. Tobin would later be inducted into the Wisconsin Newspaper Hall of Fame. It was at his first WNA convention in November 1973, that he met Kathleen Ann Branen, a University of Wisconsin-Madison student at the time. She was receiving a scholarship from WNA and 15 months later, Feb. 8, 1975, the two were married in Burlington, Wis. In August 1980, Tobin and his wife purchased the Jefferson Banner, one of the state’s oldest newspapers, a weekly publication in Jefferson, Wis. They sold the Banner 15 months later and, on April 1, 1982, purchased the Tomahawk Leader, which they would own and operate together for 37 years, before selling it May 31, 2019. Though he ran the business operation of the newspaper and was not a regular contributor to the news end of the publication, Tobin won state and national awards for editorials and feature articles that he wrote. Never one to flinch at controversy, he often stated that when the Leader took a tough position on an issue, the editorial was usually his. In 1999, Tobin embarked upon an effort to fulfill a life-long dream of writing novels. He completed three manuscripts and, in 2008, one of his novels, Pressing Matters, was published. The work received critical acclaim around the state and, next to his pride in his family, it was the author’s proudest accomplishment. He also enjoyed writing poetry and short stories. Tobin was active in Tomahawk civic affairs. He served on the Tomahawk Chamber of Commerce board of directors, including two terms as president. He was a founding member and first president of the Advance Tomahawk Foundation. Tobin was a charter member of the North Central Wisconsin Private Industry Council, serving on that board for seven years. He also served on the Tomahawk Development Corporation. Because of his contributions to the community, Tomahawk Jaycees honored him with the Distinguished Service Award. In addition to his business and community organization involvement, he coached youth baseball for many years. While wins were important to Tobin, he was more proud of the skills and sportsmanship his players developed. He loved to hunt and fish and spent many hours at his cabin in Brantwood, Wis. He had an abiding love for the Rocky Mountains and over the years hunted many times in Colorado, Wyoming, Idaho, British Columbia, Alaska, and especially Montana where he and his wife eventually purchased a log cabin in the Crazy Mountains, owning that property for 20 years. Of all his interests and activities, however, Tobin claimed his family as his proudest accomplishment. Nothing brought him more joy than his wife, Kathy, their son, Kerry, and daughter, Kelly, and their families. “They say that behind every successful man is a woman, but not for me. Kathy has been beside me every step of the way…my greatest source of support and comfort…my best friend,” Tobin was known to say. “As the song goes, she is truly the ‘wind beneath my wings.” His wife Kathy, son, Kerry, daughter-in-law Stacy, their sons, Mason and Callan, daughter, Kelly, son-in-law Brent Hussong, and their daughters, Brynn, Maren and Vayda survive. Also surviving are his sister, Diane DeBaun of Port Charlotte, Fla., two brothers-in-law and their wives, five nephews and five nieces. He was preceded in death by his parents, his in-laws Bill and Nan Branen, and one nephew, Jacob Branen. The Funeral Service for Larry Tobin will take place at 11:00AM on Saturday, December 18, 2021 at Grace Lutheran Church in Tomahawk. Visitation will take place from 9:00AM until the time of service at 11:00AM. In lieu of flowers, donations to Kinship of Tomahawk, Northwoods Passage Snowmobile Club or Tomahawk STAR Foundation are appreciated. Krueger Family Funeral Home & Cremation Services is assisting the family with arrangements. You may view the full obituary and leave online condolences at www.kruegerfamilyfuneral.com ---------------------------------------------------- If you are unable to attend the service for Larry, you may join the family by using this Zoom code or link. Funeral Service for Larry Tobin Time: Dec 18, 2021 11:00 AM Central Time (US and Canada) Join Zoom Meeting https://us02web.zoom.us/j/84749795022?pwd=NG9hWjdZZ2paa1BuRjdydGgyc1BHZz09 Meeting ID: 847 4979 5022 Passcode: Tobin
To plant a beautiful memorial tree in memory of Larry Tobin, please visit our Tree Store
Print
Saturday
18
December