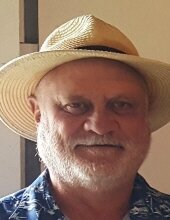 Please share a memory of Bradley to include in a keepsake book for family and friends.
View Tribute Book
Brad Howard of Osceola, WI was called to his heavenly home to be with Jesus, his Lord and Savior, on December 1, 2021. He was born in Ladysmith, WI on December 29th, 1955 to Marvin Howard and Loretta Stark. He grew up and graduated high school in the North Woods of Tomahawk WI, class of 1974, where he was known as “Budley.” He and his family moved to Osceola in 1994. Brad worked many years in the Propane industry and several years working for a printing company. His true passion was his family and his faith. He found great joy in talking about the Lord and sharing His Word with others. He had the opportunity to do so on multiple trips to Israel and throughout the Middle East. In his younger years he enjoyed scuba diving and exploring ship wrecks off the north shore. Later in life he enjoyed woodworking and making beautifully handcrafted traditional pipes, just like his Grandpa French. Brad is survived by his wife, Mary and their five children; Gabe Howard (Jenn) of St. Paul, MN, Joel Howard of Helena, MT, Heather Viebrock (Jon) of Osceola, WI, Stephanie Buchmiller (Eli) of Clancy, MT, and Titus Howard (Alyssia) of Yelm WA; and their 7 grandchildren; Elizabeth, William, Abigail, Evan, Mason, Caiden, and Sofia. He is preceded in death by his father Marvin, sister Wendy, and granddaughter Mia Grace. Brad will be buried at 1:00PM on Saturday, December 11, 2021 at Prairie Rapids Cemetery. All are welcomed to join the family there.
To plant a beautiful memorial tree in memory of Bradley Howard, please visit our Tree Store

A Memorial Tree was planted for Bradley
We are deeply sorry for your loss ~ the staff at Krueger Family Funeral Home
Join in honoring their life - plant a memorial tree
Services for Bradley Howard
There are no events scheduled. You can still show your support by planting a tree in memory of Bradley Howard.
Plant a tree in memory of Bradley
Print
Online Memory & Photo Sharing Event
Online Event
About this Event