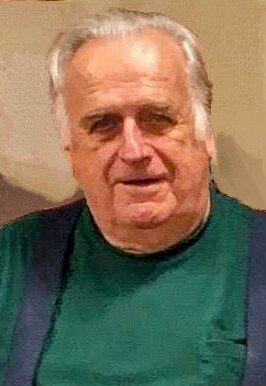 Please share a memory of Roman to include in a keepsake book for family and friends.
View Tribute Book
Roman Lane, age 78, of Tomahawk, passed away peacefully surrounded by his family on Tuesday, November 9, 2021 at Aspirus Wausau Hospital after having pneumonia followed by several complications and eventually kidney failure. Roman “Romie” was born on January 9, 1943 in Merrill to Elbridge & Barbara (Lapinski) Lane. He was married to Cynthia “Cindy” Linn on December 11, 1980 in Merrill. Romie was a machine tender for forty-one years at the Tomahawk Paper Mill. On the side, he worked in the woods, and on his hobby farm raising beef cattle and hogs. In his earlier days, Romie served in US Navy. He enjoyed hunting, fishing, playing pool, throwing horseshoes, and dancing. Later in life he enjoyed UTV rides, casino trips, and going on unplanned car rides to explore new and old roads. Many days he could be found sitting outside on his deck watching for squirrels and birds and ready to give a wave if a car drove by. Romie enjoyed telling stories to his grandkids and anyone willing to listen. He also loved listening to country music. He and his wife Cindy owned and operated C&R Bar for 27 years. He was always very proud of his accomplishments, there weren’t many things he couldn’t do or fix. Romie is survived by his wife – Cindy; Children – Russell (Sara) Lane of Tomahawk, Peggy (Dan) Winter of Tomahawk, Michelle (Kevin) Lancaster of Florida & Lorrie (Ben) Klaassen of Michigan; 10 grandchildren – Aliya, Lauren, Brooklyn & Logan Winter, Levi & Morgan Lane, Tiffany (Chris) Kluender, Bailey Schuman, Derek (Breanna) & Kyle (Courtney) Klaassen. He is further survived by a great grandson – Owen Klaassen, a niece - Deborah (Jason) Malagisi, nephew Tim (Michelle) Lane, and sister-in-law - Karen Lane. He is preceded in death by his parents - Elbridge and Barbara Lane, two brothers – Donald & Roger Lane, and his uncle – Marvin Lapinski. The family would like to thank the medical staff that helped with his care, and family/friends who reached out with thoughts and prayers during his extended hospital stay. The Funeral Service with Military Rites for Romie Lane will take place at 6:00PM on Tuesday, November 16, 2021 at Krueger Family Funeral Home. Deacon Dan Towle will officiate. The visitation will take place at the Funeral Home from 3:00PM until the time of service at 6:00PM. If you are unable to be at the service, you may join the family on the zoom link provided below. Krueger Family Funeral Home & Cremation Services is assisting the family with arrangements. You may view the full obituary and leave online condolences at www.kruegerfamilyfuneral.com. --------------------------- Funeral Service for Roman Lane Time: Nov 16, 2021 06:00 PM Central Time (US and Canada) Join Zoom Meeting https://us02web.zoom.us/j/85970946970?pwd=c2Z2Skcxc3ZTU2xMY3lUaVZTQXJOQT09 Meeting ID: 859 7094 6970 Passcode: Lane
To plant a beautiful memorial tree in memory of Roman Lane, please visit our Tree Store
Print
Tuesday
16
November