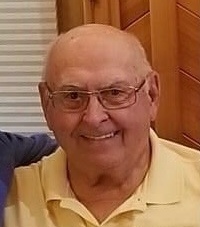 Please share a memory of Walter to include in a keepsake book for family and friends.
View Tribute Book
Walter “Wally” Thomas Dieter, age 83, of Tomahawk, passed away peacefully on Friday, October 29, 2021. Wally was born on August 10, 1938 in Chicago, IL to Albert & Clara (Geiger) Dieter. He attended St. Alphonsus High School. While in Chicago, Wally was employed at the Chicago Post Office before later becoming a Prudential Insurance Agent. On May 10, 1958, Wally married Clarisse LaVoi and they raised their four children in Franklin Park, IL. In 1975, Wally & Clarisse moved their family to the Tomahawk area. They owned and operated the Fish Trap Bar & Resort until 1988. Wally also was a salesman for Northland Stainless Steel until his retirement in 2003.    Wally & Clarisse have spent their summers in Tomahawk and the winter months in Salome, AZ for the last several years. Wally’s favorite activity was flying. His first solo flight was April 15, 1963 from Mitchell Field, and he has been a licensed pilot and flight instructor since then. He pursued many interests including hunting, fishing, bowling & golfing. He enjoyed connecting with people on his HAM Radio, riding motorcycles, driving his convertible, and spending time on the water in his boat. He was a voracious reader and had an interest in many topics. He had a curiosity that led him to many self-taught skills and he could fix or build almost anything.  Wally is survived by his wife of 63 years - Clarisse Dieter of Tomahawk; children – Debbie (Dieter) Basco of Medina, MN, Ray Dieter of Naples, FL, & Gregg Dieter of Tomahawk; 7 grandchildren and 7 great grandchildren. He is preceded in death by his son – Walter “Buddy” Dieter Jr, his brother – Fred Dieter, parents, daughter-in-law – Laurie Dieter & son-in-law – Mark Basco.    The Mass of Christian Burial for Wally Dieter will take place at 11:00AM on Monday, November 8, 2021 at St. Mary Catholic Church (320 E Washington Ave., Tomahawk). Fr. Louis Maram Reddy will officiate. Visitation for Wally will take place on Sunday evening, November 7 from 4:00PM until 7:00PM at Krueger Family Funeral Home (101 N 2nd St., Tomahawk). Visitation will continue on Monday at the church from 10:00AM until the time of Mass at 11:00AM. Burial will follow in Calvary Cemetery.   “For the believer there is hope beyond the grave, because Jesus Christ has opened the door to heaven for us by His death & resurrection.” – Billy Graham   Krueger Family Funeral Home & Cremation Services is assisting the family with arrangements. You may view the full obituary and leave online condolences at www.kruegerfamilyfuneral.com
To plant a beautiful memorial tree in memory of Walter Dieter, please visit our Tree Store
Print
Sunday
7
November