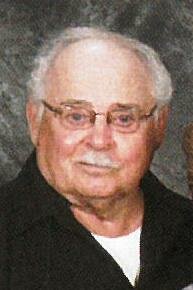 Please share a memory of Robert to include in a keepsake book for family and friends.
View Tribute Book
Robert L. Firehammer, age 87, of Tomahawk, passed away unexpectedly on Monday, October 4, 2021 at his home. Bob was born on November 27, 1933 in Oshkosh, WI to Welton & Matilda (Weber) Firehammer. Bob was a 1957 graduate of Monona Grove High School. He was united in marriage to Phyllis Drogsvold on August 31, 1957 in Madison. Bob proudly served our country with the US Navy and recently, was privileged to go on an Honor Flight. Bob and Phyllis moved from the Madison area to Pewaukee in 1965. In 1972 they moved their family to Muskegon, MI where Bob worked as a manager at a supermarket. After retirement, Bob & Phyllis moved to Tomahawk in 1997. Bob was a faithful member of Redeemer Lutheran Church. He enjoyed writing music and poems. Bob enjoyed playing all sports when he was younger and had played one year of semi-professional football. He had been a Cub and Boy Scout Leader, enjoyed running, hunting and being outdoors. Bob also loved playing cribbage with his grandchildren. Bob is survived by his wife of 64 years – Phyllis Firehammer of Tomahawk; children – Ronda (Art) Cates of Carl’s Corner, TX, Kyle (Robert) Plouhar of Fruitport, MI, Michael Firehammer of Joliet, Montana; daughter-in-law – Debra Firehammer of Eads, TN; mother-in-law – Marjorie Drogsvold of Tomahawk; and siblings – Richard (Shirley) Firehammer and Sandra Hartwig. He is further survived by 14 grandchildren & 12 great grandchildren. Bob is preceded in death by his parents, son – Robert, a brother, Welton, sister, Lois, brothers-in-law – Dick Hartwig & Bernard Matzke, and a daughter-in-law, Bridgette. The Memorial Service with Military Honors will take place at 11:00AM on Thursday, October 14, 2021 at Redeemer Ev. Lutheran Church. Pastor Mark Gass will officiate. Visitation will take place from 9:00AM until the time of service at 11:00AM. The family would like to thank the Lincoln County Sheriff’s Department and Tomahawk Emergency Personnel for their kindness and compassion. Krueger Family Funeral Home & Cremation Services is assisting the family with arrangements. You may view the full obituary and leave online condolences at www.kruegerfamilyfuneral.com
To plant a beautiful memorial tree in memory of Robert Firehammer, please visit our Tree Store
Print
Thursday
14
October