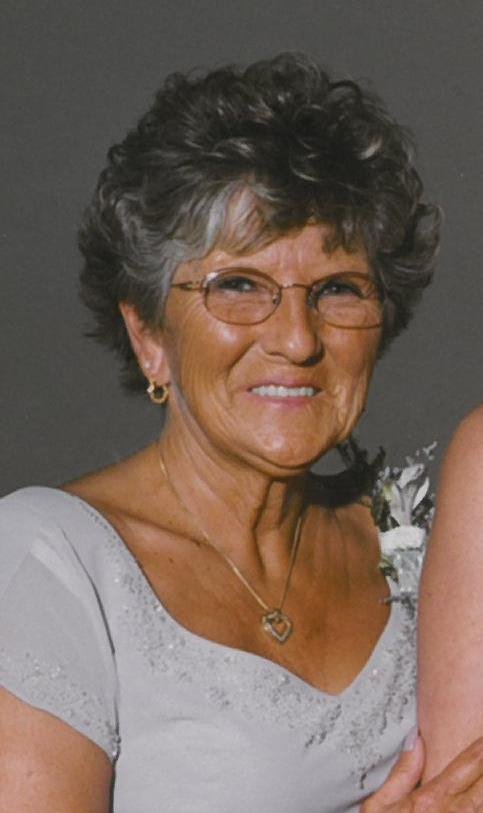 Please share a memory of Penny to include in a keepsake book for family and friends.
View Tribute Book
Penelope “Penny” Wallace, age 77, of Tomahawk, passed away in Marshfield on July 16, 2021. Penny was born February 1, 1944 in Canada. She was married to Jack Lee Wallace on April 8, 1961, he passed away in 2008. She lived much of her life in Glenwood, Illinois and had worked at Kmart until her retirement. She recently moved to Tomahawk to be closer to family. Penny enjoyed making crafts, knitting, and had made many treasured items for her family through the years. Surviving Penny Wallace are two daughters, Debbie Werner-Lane of Tomahawk and Diana (Wayne) Hedwall of California. Siblings, Glen (Shirley) Spinks, Goldie Spinks, Jim (Sandy) Spinks, and Diane Farr all from Canada. She is further survived by seven grandchildren, Mark (Angela) Wallace of Illinois, Shannon (Randy) Morrison of Nevada, PJ (Chad) Childers, Tomahawk, Ashlee Knight of Milwaukee, Nicki (Jaime) Sancen of Illinois, Tonya Knight of Illinois, and Makenzie Werner of Tomahawk. Penny was lovingly known as GG to twenty one great grandchildren. She was preceded in death by her parents, George and Joy Derry and Cliff and Joyce Spinks; her husband, Jack; a son, Mark Wallace; and a grandson, Jay Perry. Penny’s life was celebrated privately by her family. Krueger Family Funeral and Cremation Service is assisting the family.
To plant a beautiful memorial tree in memory of Penny Wallace, please visit our Tree Store

A Memorial Tree was planted for Penny
We are deeply sorry for your loss ~ the staff at Krueger Family Funeral Home
Join in honoring their life - plant a memorial tree
Services for Penny Wallace
There are no events scheduled. You can still show your support by planting a tree in memory of Penny Wallace.
Plant a tree in memory of Penny
Print
Online Memory & Photo Sharing Event
Online Event
About this Event