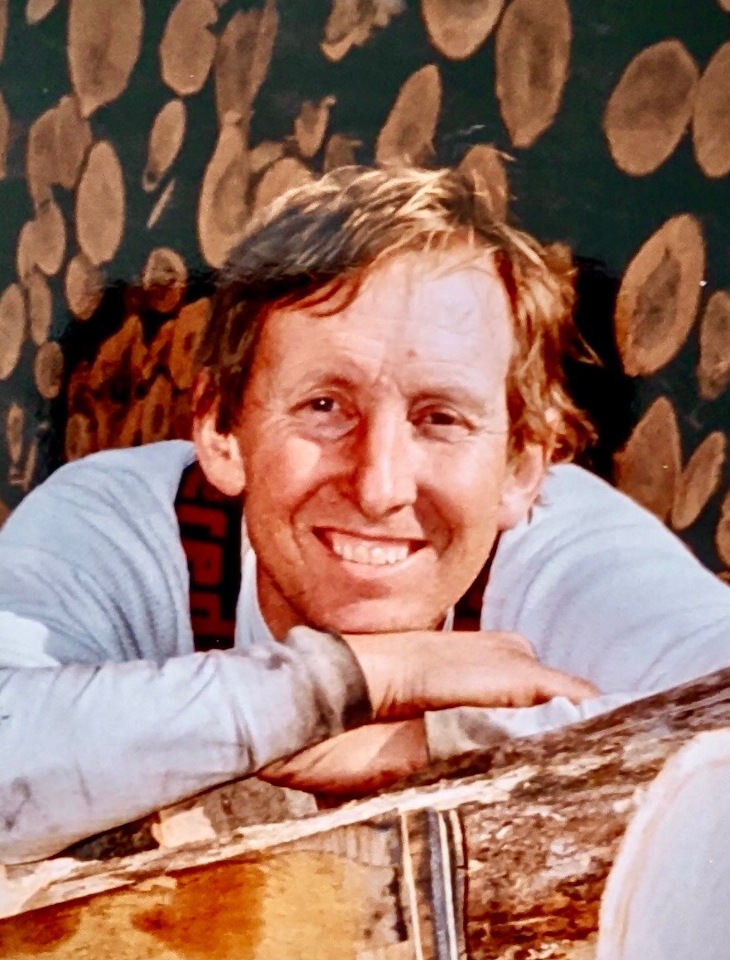 Please share a memory of John to include in a keepsake book for family and friends.
View Tribute Book
John C. “Frost” Schmit, age 73 of Tomahawk, passed away peacefully at his home surrounded by his family on May 18, 2021. Frost was born February 14, 1948 in Tomahawk to John P. & Viola (Theiler) Schmit. He was married to Cynthia L. Doperalski on April 7, 1973 in Racine. Frost had a strong devotion to his faith through all times and circumstances. He was a lifelong member of St. Mary Catholic Church, where he was active in both the school and church ministries. He and Cindy hosted weekly prayer meetings for decades at their home for members of the surrounding community. Frost was the epitome of someone practicing what they preached. His love of the outdoors was apparent throughout his life. His passion for logging and quality forest management was the anchor of his professional life. He ensured that every jobsite he left was better than the way he found it. Everyone who contracted with him knew they were going to get the best work possible because Frost was the one doing it with chainsaw in hand. His reverence for nature continued when he got home from work and concentrated on his favorite hobby, which was his amazing garden. Starting all plants from seed, he grew numerous varieties of fruits and vegetables over the decades as he tended to his garden and produced some of the most amazing organic produce (such as his famous kohlrabies). When he wasn’t working in the woods or the garden, Frost loved to enjoy both playing and watching sports. He was involved in golf league for many years and he really loved the sport of hockey which he played (inaugural member of the Tomahawk Toros), coached, and also continued his passion at home where he built a large ice rink; boards and all. He also really loved to watch his favorite NFL team, the Green Bay Packers. He shared his love of the team with so many family and friends during his times at Lambeau Field and all of its surroundings. Another true love of Frost’s was taking vacations with his family and friends all over the map. He and Cindy especially enjoyed their warm getaways to tropical locations during the Spring thaw. And speaking of places to vacation, there was no place that meant as much to Frost as his hunting camp, Hawker’s Heroes. He was an inaugural member in 1966 and never missed a deer season. He had so many great memories playing cards, sharing stories and singing songs with his shack brothers. Where you could really see Frost in his element in the outdoors, though, was at the Schmit Family Cottage on Lake Nokomis. Whether it was teaching his kids to waterski behind a fishing boat, playing beach volleyball, sitting on the dock and conversing, or the many songs that were sung both inside the cottage and outside by the firepit. It truly was a second home for Frost and he passed on that love to all of his children and grandchildren to take into the future. Frost is survived by his beloved wife of 48 years – Cindy; children – Heidi (Paul) Mireles of Blaine, MN, Bridgette (Mike) Reilly of Tomahawk, Tally (Jim) Kruger of Fitchburg, WI, Nickolas (Rebecca) Schmit of Wild Rose, WI and John (Natalie) Schmit of Fitchburg, WI. He is further survived by his siblings - Lester “Festus” (Kathy) Schmit of Tomahawk, Kathy (Brad) Letham of Nelson, British Columbia, and Ed Schmit of Columbia Falls, MT. Frost is further survived by 9 grandchildren - Kate, Elijah, Rachael, Joa, Avery, Jack, Joey, Caison and Reina. He was preceded in death by his parents - JP and Vi and a sister, Marijo. A Memorial Service for Frost Schmit will be held at 2:00PM on Friday, May 28, 2021 from St. Mary Catholic Church. The Schmit family will receive friends at St. Mary Catholic Church from 12:00PM until the time of Mass at 2:00PM Krueger Family Funeral and Cremation Service is caring for the family. You may view the obituary and share online condolences at www.kruegerfamilyfuneral.com The family would like to thank Compassus Hospice, especially Amanda, for their wonderful care and support for Frost. If you're unable to attend the Funeral Mass for Frost, you may join the family with the zoom link provided below. --------------------------- Frost Schmit Memorial Service Time: May 28, 2021 02:00 PM Central Time (US and Canada) Join Zoom Meeting https://us02web.zoom.us/j/83124070454?pwd=MHFIdHgrRW5teW43Uk5BYW5YMGRKQT09 Meeting ID: 831 2407 0454 Passcode: Schmit
To plant a beautiful memorial tree in memory of John Schmit, please visit our Tree Store
Print
Friday
28
May