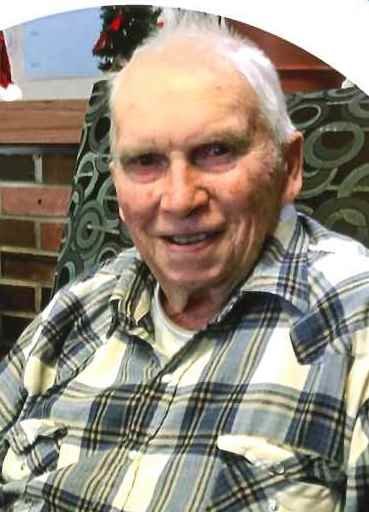 Alvin C. Panzer, age 92, passed away on Tuesday, December 1, 2020 at Tomahawk Health Services. Al was born on May 8, 1928 to Vera & Herman Panzer in a farm house in the town of Kewaskum, Washington County, Wisconsin. He lived on several different farms in the Town of Kewaskum and attended the Campbell School for 8 years. The Campbell school was a one room school with 8 grades and 1 teacher. They had to carry water in for drinking and washing hands, wood for the stove fire, clean outside toilets, sweep floors and clean black boards and erasers. On their farm, they milked goats and had chickens. For entertainment, they ice skated and used sleds to sleigh ride down the hills. They went to free outdoor movies in Kewaskum on a vacant lot in the summer. In December 1950, he was drafted in the US Army and started his boot training at Fort Hood, TX. This was during the Korean Conflict. In August, he was shipped overseas to Germany and was discharged in December 1952. He started deer hunting at age 16 and shot 31 bucks in his lifetime. They used to camp in a tent at Glidden, WI. One time, their stove smoked and drove them out into the cold, way below zero. They always left on Wednesday before season and came home the following weekend. He married Janet Ingman on November 21st in 1953 in Dubuque, Iowa. That was the only year they postponed hunting. Al was a past member of Kewaskum Lions and was president for 1 year. He was confirmed and was a member of Peace United Church of Christ and was a deacon for 3 years on the church board. He was a member of the Association Milk Producers, being a district representative. He retired in 1992 and moved to Tomahawk. He enjoyed his retirement fishing and traveling. Al the “Old Farmer” raised registered Holsteins and register Belgians. Alvin is survived by two daughters – Janice (David) Seiser of Merrill and Jeanne (Bill) Gessler of Harshaw; daughter-in-law – Patricia Panzer of Campbellsport; son – Robert (Kathy) Schreffler of Kewaskum; two brothers – Herman (Nancy) Panzer of Kewauskum and Daniel (Diane) Panzer of Scandanavia. He is further survived by many grandchildren and great grandchildren. Alvin is preceded in death by his parents, wife –Janet, one son – Alvin Jr, 2 brothers and sisters-in-law – Ron (Sally) Panzer and Eugene (Ann) Panzer. The burial service with Military Honors will take place at 11:00AM on Saturday, December 5, 2020 in Oak Hill Cemetery. Pastor Larry Mathein will officiate. Krueger Family Funeral & Cremation Services is assisting the family with arrangements. You may view the full obituary and leave online condolences at www.kruegerfamilyfuneral.com
To plant a beautiful memorial tree in memory of Alvin Panzer, please visit our Tree Store
Print
Saturday
5
December