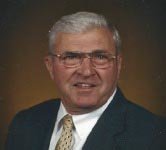 Peter D. Schoone, age 90, of Tomahawk, passed away peacefully on November 27, 2020 at Rennes Health and Rehab in Rhinelander with his family by his side. Peter was born on October 30, 1930 in Tomahawk to Lawrence & Cecelia (Zuiker) Schoone. He grew up on the family farm in Harrison and became a lifelong farmer in partnership with his brother Jerome and their families. He married Irene Daigle on October 1, 1955, and had two children, Mike and Susie. After Irene’s death, Peter married Kay Morren on September 28, 1963 and had two children Denise and David. Peter and Kay enjoyed their time together fishing, biking, going for walks, traveling, and most of all spending time with family. Peter is survived by his wife – Kay Schoone; children – Mike (Roxanne) Schoone, Susan (Jon) Koch, Denise (Scott) Delzer and David (Gayle) Schoone; 9 grandchildren – Kyla, Kelsy, Katy, Hayden, Victoria, Mindy, Wayne, Nathan, Stephanie; and 12 great grandchildren – Corynn, Casey, Channing, Colt, Cecilia, Charlize, Archer, Brando, Lilliana, Hazel, Finn, Avery, and Stevie. Also left behind are his brothers – Lawrence (Ruby) Schoone, Jerry (Judy) Schoone, and Jake (Jackie) Schoone; and his sisters – Jean VanStrydonk, Mary (Jack) VanRyen, Corrinne Swan and Cecelia (Ted) Rudolph. He is preceded in death by his parents, brother – Fr. Raymond Schoone, and sisters – Annette Daigle-Stewart and Whilemina Amelse. Peter was an amazing father, farmer, and friend and will be dearly missed by those who knew him. A Memorial Service will be planned next year. Peter will be buried in St. Augustine Cemetery, Harrison. Krueger Family Funeral Home & Cremation Services is assisting the family with arrangements. You may view the full obituary and leave online condolences at www.kruegerfamiyfuneral.com
To plant a beautiful memorial tree in memory of Peter Schoone, please visit our Tree Store

A Memorial Tree was planted for Peter
We are deeply sorry for your loss ~ the staff at Krueger Family Funeral Home
Join in honoring their life - plant a memorial tree
Services for Peter Schoone
There are no events scheduled. You can still show your support by planting a tree in memory of Peter Schoone.
Plant a tree in memory of Peter
Print
Share A Memory
Plant a Tree