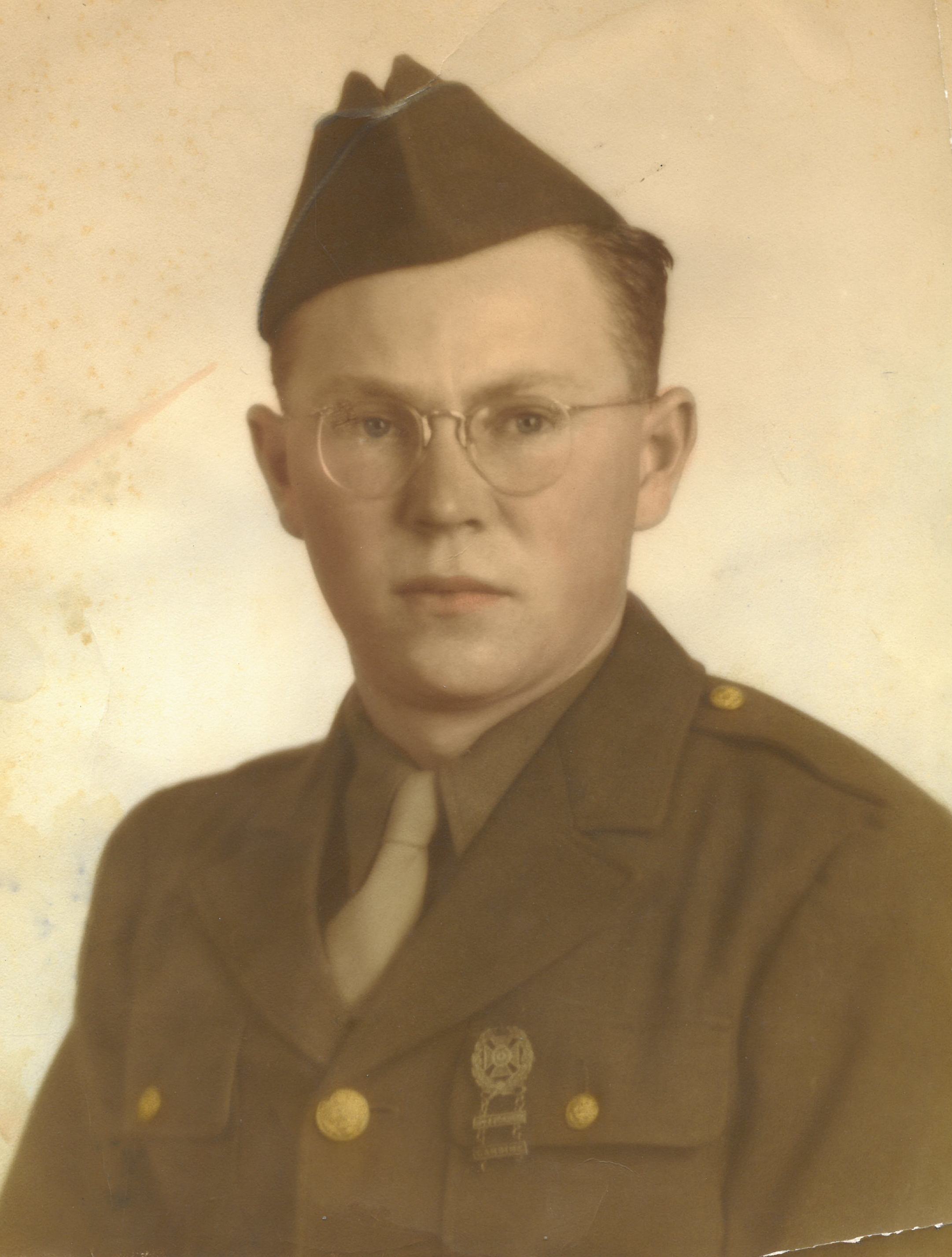 Please share a memory of Rich to include in a keepsake book for family and friends.
View Tribute Book
Richard L. Roberts, passed away on Saturday, October 31st, one day shy of his 97th birthday. Rich was born on November 1st, 1923 in Milwaukee to LeRoy and Anna Roberts. He served in the US Army Infantry during World War II in the South Pacific. Rich was decorated with the Infantry combat badge and 2 bronze battle stars. He was married to Evelyn Eisel on October 18, 1986 in Minnesota, she preceded him in death in 2007. He married Edith VanderVoort on April 20, 2013, Edith died in 2014. Rich was a long time Tomahawk area resident. He was well known local farmer, growing snap beans and strawberries. Rich was also a pilot and owned his own plane. He was a self-described great BS’er. Rich is survived by his brother, Gerald Roberts of Tomahawk. He was preceded in death by his parents, two wives, Evelyn and Edith, and a sister, June Behling. A Memorial Mass with Military rites will be held on Thursday, November 5, 10:30 a.m. from St. Mary Catholic Church. His cremains will be buried in Calvary Cemetery. The family will receive friends at the church Thursday morning from 10:00 a.m. until the time of mass at 10:30 a.m. Krueger Family Funeral and Cremation Service is caring for the family. You may view the obituary and share online condolences at kruegerfamilyfuneral.com
To plant a beautiful memorial tree in memory of Rich Roberts, please visit our Tree Store
Print
Thursday
5
November