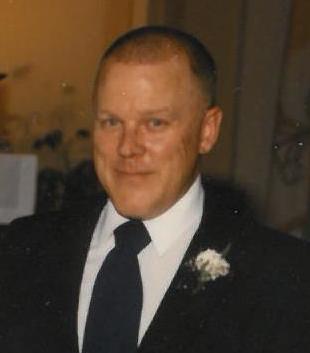 James “Jim” William Whipple, age 82, of Tomahawk passed away on Sunday, October 4, 2020 at North Central Health Care in Wausau, Wisconsin. Jim was born on August 6, 1938 in Buffalo, New York to Leon Vincent and Carolyn Ida (Garner) Whipple. Most of Jim’s growing up years were spent in Michigan. In 1956, Jim graduated from Three Oaks High School in Three Oaks, Michigan. Jim was working in Greensboro, NC in 1959 when he met his wife Loretta Bounds; they were married in Palmyra, PA on August 19, 1961. Jim and Loretta moved to the upper peninsula of Michigan. While living in the U.P. they were blessed with a son and daughter. In 1964, Jim graduated from Michigan Technological University with a Bachelor of Science degree in forestry. The family moved to Neilsville, WI in 1964, and Jim began his career as a state forester for Clark County. In 1970, the family moved to Tomahawk. Jim was employed as a wood utilization specialist for the Wisconsin Department of Natural Resources; a position he held until his retirement in 2007. During his working life Jim maintained memberships in several forestry related organizations such as the Society of American Foresters, Forest Products Society, Great Lakes Kiln Drying Association, and Great Lakes Timber Professionals Association. All of these organizations were professionally enriching; he always looked forward to attending their annual meetings and conferences. For 30 years Jim also taught a short course on log grading at the annual Great Lakes Logging Congress. Jim loved his work in forestry, and was recognized and honored for his contributions to Wisconsin forestry. Jim was an enthusiastic traveler. He was able to enjoy two memorable trips to Europe (Germany and Scandinavia) with the Society of American Foresters. Over the years Jim and Loretta enjoyed traveling in 49 states and 10 Canadian provinces. For their fortieth wedding anniversary they celebrated with a cruise through the Panama Canal. Jim was an avid reader averaging about one hard cover book a week. He also prided himself on how fast he could complete Sudoku and crossword puzzles. Jim took great pleasure in watching birds and made sure that the several bird feeders in the yard were kept full. Jim is survived by his wife, Loretta of Tomahawk; his son, Gary (Kristina) Whipple of Eldridge, MD; his daughter, Cynthia (Paul) Burns of Florence, OR; his grandchildren, Sara Burns of Corvallis, OR and Sean Burns of Stevens Point, WI; his sister Nancy Whipple of Palmyra, PA, and his sister-in-law Carol Whipple of Hershey, PA. He was preceded in death by his parents and his brother David. Visitation for Jim will be at the Krueger Family Funeral Home on Friday, October 9, 2020 from 10:00 am until noon followed by a committal service at Calvary Cemetery. Krueger Family Funeral Home & Cremation is assisting the family with arrangements
To plant a beautiful memorial tree in memory of Jim Whipple, please visit our Tree Store
Print
Friday
9
October