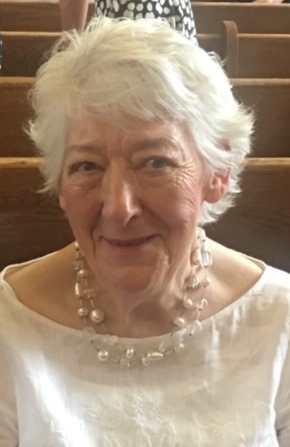 Patricia Ann Lietz, age 91, of Harrison, entered into eternal life at her home on September 6, 2020 surrounded by her family. Patricia Ann was born in Detroit, MI to Lawrence & Lucille (McDonald) Rassel in June of 1929. Her mother Lucille passed away when Patricia was 5 years old. She attended St. Mary’s boarding school in Munster, Ohio for two years during 5th and 6th grades. Upon that school’s closure, she attended 7th and 8th grade in Monroe, MI, another of St. Mary’s Academy. Her father remarried, Mary McGowan, and they moved to Belleville, MI, where she then attended Belleville High School. Patricia did three years Nurses Training to become a RN at Providence Catholic Hospital in Detroit. She followed up working at the osteopathic hospital in Trenton, MI. From there, she joined the Navy and worked in Chicago at the Nurses Naval Base/Great Lakes Naval Base where she met Jack Lietz, a patient, who was in the Navy. They married and lived in North Chicago for a time. Eventually, they moved to Heafford Junction, Wisconsin residing at Pine Cone Ranch Resort and had their first child, Elizabeth Joan. Awhile later, they moved to Halesite, NY on Long Island, for a job opportunity and had their second child, John Patrick. Shortly after, due to job changes they moved to Middleton, WI and had their third child, Ann Catherine. For a short time they lived in Cross Plains, WI. Then another job transfer, placed the family in Green Bay, WI (Go Pack Go!), where they had two more sons, Charles Michael and Scott Anthony. An additional job transfer then took the family to Conover, WI, where they had their sixth child, Susan Carol. One last job shift brought them to Harrison, WI in 1973, where Jack and Patricia would live out their days. Patricia had continued her nursing career, until her retirement in 1991, from Friendly Village/Passport in Rhinelander. Her passions in life were, first and foremost, her faith, family and close friends! Her love for nature, gardening, reading, traveling and the Green Bay Packers were the gifts that graced her life. Patricia is survived by her children – Elizabeth Lietz of Minneapolis, John (Femke) Lietz of Bend, OR, Ann (Peter) Pintens of Tomahawk, Dr. Charles (LorrieAnn) Lietz of West Olive, MI and Susan Lietz of New York, NY; 19 grandchildren and 21 great grandchildren. She is further survived by one sister – Carol (Dennis) Miller, two brothers – Dr. Larry Rassel & Dr. Charles (Marge) Rassel, many nieces, nephews, other relatives and many friends. Patricia is preceeded in death by her husband – Jack; her son – Scotty; and her brother – Edward. The Funeral Mass of Christian Burial for Patricia Ann Lietz will take place at 12:00PM on Friday, September 11, 2020 at St. Augustine Catholic Church in Harrison. Visitation will take place from 4:00PM until 6:30PM on Thursday, September 10, 2020 at Krueger Family Funeral Home. A Rosary Service will close Thursday evening at 6:30PM. Visitation will continue at St. Augustine Church on Friday from 11:00AM until the time of Mass at 12:00PM. Burial with Military Honors will take place in St. Augustine Cemetery, Harrison. Krueger Family Funeral Home & Cremation Services is assisting the family with arrangements. You may view the full obituary and leave online condolences at www.kruegerfamilyfuneral.com
To plant a beautiful memorial tree in memory of Patricia Lietz, please visit our Tree Store
Print
Thursday
10
September