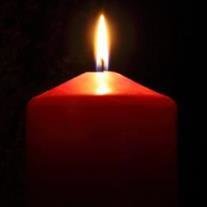 Donald J. Starr, age 76, formerly of Tomahawk, passed away on Friday, May 1, 2020 in West Bend. Don was born on October 25, 1943 in Milwaukee, WI to Enard & Elizabeth (Loch) Starr. He was married to Rita Boyd in April of 1982 in Tomahawk. She preceded him in death in 2007. Don served our country with the US Army during the Vietnam War. He worked at Lincoln Hills as a Youth Counselor for 24 years. Don is survived by his son – Jeffrey (Laura) Starr of Sun Prairie & daughter – Lynlee (Michael) Krummey of Sauk Prairie; step daughter – Carolyn (Jerry) Robl of Merrill; 2 grandchildren and 3 step grandchildren. He is preceded in death by his parents, wife – Rita and brother – Richard Starr. The life of Donald Starr will be celebrated privately. He will be buried in Bethany Cemetery. The Krueger Family Funeral Home & Cremation Service is assisting the family with arrangements. You may view the full obituary and leave online condolences at www.kruegerfamilyfuneral.com.
To plant a tree in memory of Donald Starr, please visit Tribute Store
Services for Donald Starr
There are no events scheduled. You can still show your support by planting a tree in memory of Donald Starr.
Visit the Tribute Store
Plant a Tree
Print
Share A Memory
Plant a Tree