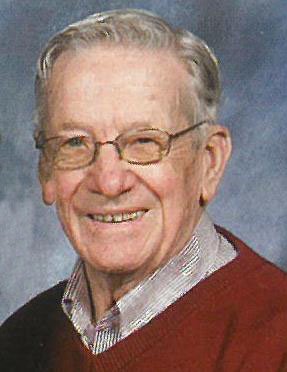 Robert LaNou, age 96, passed away on Tuesday, April 28, 2020 at Riverview Nursing Home in Tomahawk. Bob was born on March 16, 1924 to Joseph & Gunda (Hagen) LaNou. Bob proudly served our country with the US Navy during WWII. He was married to Dorothy “Dottie” Bentley on February 20, 1944 in Idaho; she preceded him in death in 2011. Bob owned and operated local restaurants for many years, including The Uptown and LaNou’s. He also spent 18 years with the Tomahawk School District with the food service department. After retirement, in his spare time, Bob built 13 homes. Bob was a member of the Tomahawk Lions, the American Legion and Grace Lutheran Church. Bob is survived by his children – Gene (Sue) LaNou of Rockford, Bob “Rudy” (Patti) LaNou of Tomahawk & Dawn Baus of Tomahawk; 8 grandchildren – Nicole DeBruler, Troy LaNou, Robert LaNou, Jed Baus, Beth Connaway, Gretchen Moore, Jenna Meal & Shannon LaNou. He is preceded in death by his parents, wife – Dottie, 4 brothers, 2 sisters and son-in-law – Dan Baus. The Funeral Service for Bob LaNou will be celebrated privately. Burial with Military Honors will take place in Greenwood Cemetery. Memorials are appreciated to Grace Lutheran Church. Krueger Family Funeral Home & Cremation Services is assisting the family with arrangements. You may view the full obituary and leave online condolences at www.kruegerfamilyfuneral.com
To plant a tree in memory of Robert LaNou, please visit Tribute Store
Services for Robert LaNou
There are no events scheduled. You can still show your support by planting a tree in memory of Robert LaNou.
Visit the Tribute Store
Plant a Tree
Print
Share A Memory
Plant a Tree