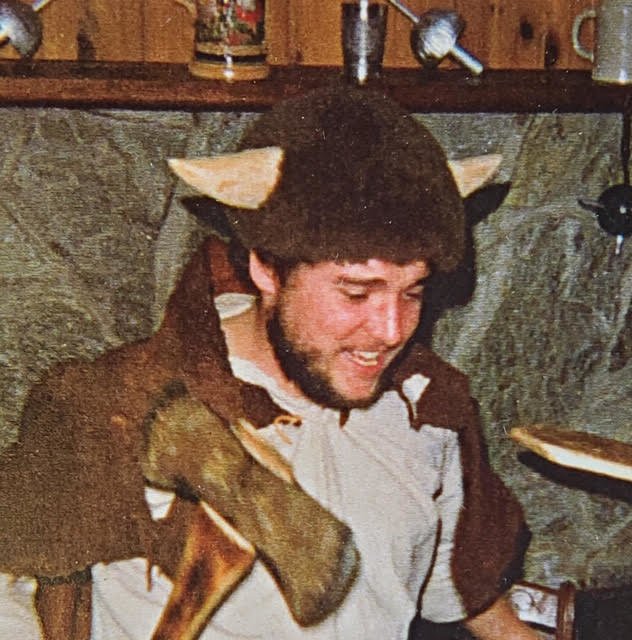 Bradley Robert Katzenberg died peacefully at home surrounded by family and under the care of hospice on March 30, 2020. Brad was born in Elkhorn August 20, 1953 and grew up in Genoa City. He graduated from Bader High in Lake Geneva in 1971 and at the age of 18, he joined the Army as a tanker and paratrooper. Brad spent most of his service in Germany. During his school years he was very active in the Boy Scouts, and in high school became a Boy Scout Leader and soon the president of his Explorer Troop. The highlights of those years were yearly excursions through the Boundary Waters with his scouts. Always the Boy Scout, his love of camping never waned, and throughout his life he enjoyed downhill and crosscountry skiing and hockey, and coached Youth Hockey in Alaska. In 1978 Brad married Seely Weber and in 1979 graduated from Nicolet College in Rhinelander in Land Surveying. They immediately left for Alaska to find their adventure. In Alaska, Brad was a Land Surveyor/Engineer and surveyed Alaska from Barrow to Adak to Haines. His boys were spawned in Alaska and they enjoyed all the beautiful state had to offer. In 2005, they moved back to Wisconsin to be near his mom and dad. Brad always had a generous heart and shared what he had with those in need. In Marshfield, Brad volunteered as a handyman for the Hannah Center and the Ronald McDonald House. He was preceded in death by his father, Robert. Brad will be lovingly remembered by Seely and their sons, Ross, of San Francisco and Miller, of Anchorage, his mother, Jeanette, his sisters Dianne (Wally Swanson) and Brenda (Tom Ruenz), and his brother Mark (Liane)> No services are planned at this time. Memorials may be made to the Hannah Center of Marshfield of the Ronald McDonald House of Marshfield. The Krueger Family Funeral Home & Cremation Services is assisting the family with arrangements. You may view the full obituary and leave online condolences at www.kruegerfamilyfuneral.com
To plant a tree in memory of Bradley Katzenberg, please visit Tribute Store
Services for Bradley Katzenberg
There are no events scheduled. You can still show your support by planting a tree in memory of Bradley Katzenberg.
Visit the Tribute Store
Plant a Tree
Print
Share A Memory
Plant a Tree