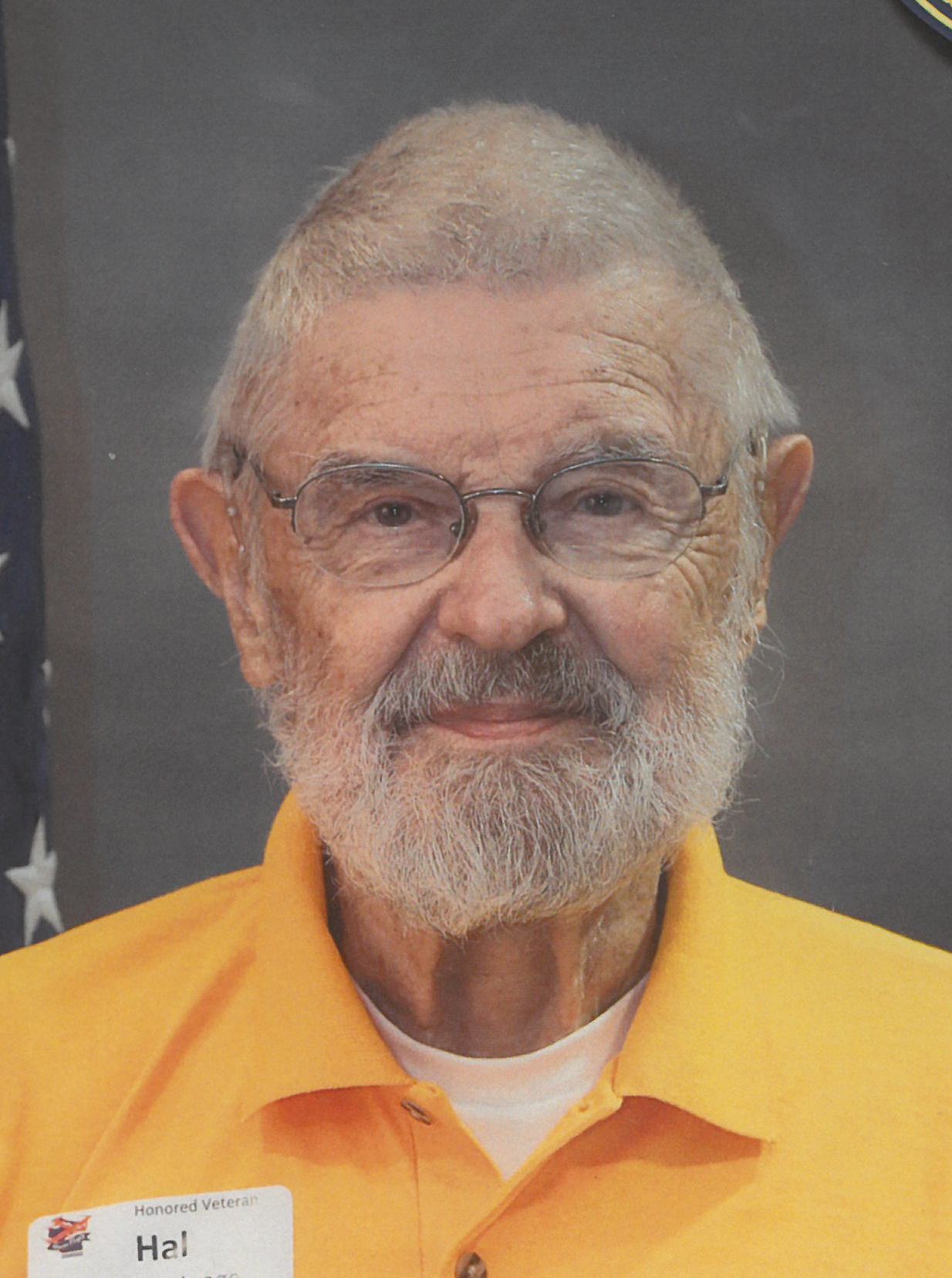 Harold “Hal” Schrage, age 93, of Tomahawk, passed away on November 6, in the community he loved with family by his bedside.

Hal was born in Milwaukee, Wisconsin on November 29, 1925, the only child of Christian Martin Schrage & Gertrude Baumbach better known as Christie and Gertie.

He spent his entire childhood living in the Milwaukee area. Hal was molded into the man he became early on in his life. Raised as an only child instilled the value of family and friends. His mother’s and father’s teachings and their love of the Lord grounded his strong religious beliefs. He took violin lessons from the age of 7 until 18. Was active in the school orchestra and church choir, often playing duets with is father. He found that documenting what he deemed important by writing them down kept his mind from wondering and sometimes filled the voids of loneliness. These organization skills would prove invaluable on so many different levels. He wrote EVERYTHING you could image down and kept it in its place.

He graduated from Washington High School in 1943 and worked a short time for Wisconsin telephone before he joined the Navy in February of 1944. After boot camp at Farragut Idaho he served as a Quartermaster second class on the USS Bowie in the South Pacific Theatre. He was honorably discharged from the Navy in April 1946.

After the service Hal returned to Milwaukee and worked for AT&T until 1948 and he also began dating Phyllis J Spear. Phyl was enrolled at the University of Wisconsin and it was Phyl’s mother Helen who strongly encouraged Hal to seek a college education of his own so that they would be “even more compatible.” Phyllis was the love of his life.

He was accepted into UW in 1948 where he used the GI Bill to get both his BS (1951) and MSSW (1952). His Major(BS) was Recreation Leadership and Social Group Work. His MSSW was in Social Group Work. While in school he and Phyllis were married on September 3rd, 1949. Their first child, a son, Gregg was born prior to Hal’s graduation.

Hal’s interest for working with disadvantaged youth and low economic communities directed him to his first professional job as the Director of the Children’s Department at Elliot Park Neighborhood House in Minneapolis, Minnesota. From there he became the Director of Recreation Services for the Physically and Mentally Challenged at the Wisconsin Easter Seal Society. While there a large part of his duties included being the Director of Camp Wawbeek which was a camp for physically challenged children and adults. During this period their second son Scott and third son Todd were born. Hal’s dream of a larger family with siblings was becoming a long awaited reality.

In 1957 he accepted a position with the University of Missouri as an Assistant Professor of Social Work and Recreation and Park Administration. He became an Associate Professor in 1968. Their fourth son Kipp was born during this period. Their family was now complete. He took a sabbatical and enrolled at the University of Minnesota and earned his Ph.D. with the completion of his dissertation in 1971. After 13 years of service at the University of Missouri he left to take a position with the National Easter Seal Society in Chicago, so the family moved to Glen Ellyn, Illinois.

After a little over a year he returned to what had become his true passion accepting an Associate Professor of Social Work position with George Williams College. He was promoted to Division Director in 1978 until the College closed in 1985 and it was merged into Aurora University. He finished his career working for Aurora University retiring in 1992.

He moved to family property and remodeled the family home in Tomahawk where he has lived on Lake Mohawksin for the last 27 years. During his time here he has enjoyed participating in many activities including; the VFW Honor Guard, American Legion, member of the United Methodist Church, Town of Bradley Planning Commission, Friends of Lake Mohawksin, and many others when he wasn’t out fishing or spending time with family and friends.

Hal was a man of great integrity who believed in education and helping others. He took pride in what he did. From this service to his country and his community, to the college degrees he held and the people he touched along the way.

He was a devoted husband, a loving father and role model to their 4 sons as well as a beloved grandfather and great grandfather. He was a scout master for his sons troops, who all reached the rank of Eagle Scout. He coached their baseball teams and even taught some fencing along the way. Tomahawk was the place where all the families children learned to swim, canoe, drive boats, water ski and of course fish. Hal loved to fish. The hours he spent on the lake with a line in the water with family and friends reenergized him.  From the honeymoon to retirement there was only one place he wanted to be and that was here in Tomahawk.

He is survived by his children – Gregg (Paula), Scott (Sharon), Todd (Cindi) and Kipp (Lisa). He is further survived by 12 grandchildren – and 12 great grandchildren. Also by his cousin George Kupfer. He is preceded in death by his parents and dear wife - Phyllis.

The family would like to express a special thank you for all of his wonderful friends who visited him. Also to Rita Meidam with Call Your Other Daughter, you were such a support for us.

The Funeral Service with Military Honors for Harold “Hal” Schrage will take place at 11:00AM on Saturday, November 16, 2019 at Krueger Family Funeral Home. Pastor Insun Lee will officiate. Visitation will take place on the evening of Friday, November 15, 2019 from 4:00PM until 7:00PM. Visitation will continue on Saturday from 10:00AM until the time of service at 11:00AM. Please join us at the Pine Tree Super Club for a celebration of Hal’s life after the services.

Krueger Family Funeral Home & Cremation Service is assisting the family with arrangements. You may view the full obituary and leave online condolences at wwwl.kruegerfamilyfuneral.com