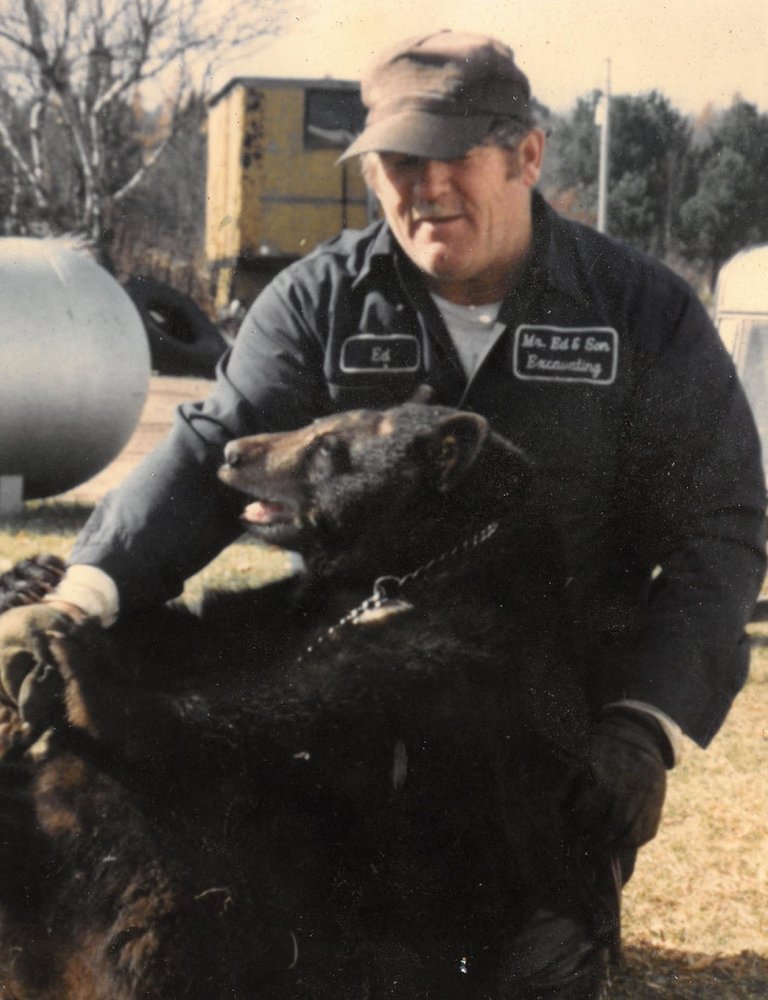 Eddy was born on April 20, 1941 in Tomahawk to Chester Sr. & Lillian (Mitchell) Jaecks. Ed started out logging. Later, he worked at King’s Dam for about 14½ years. He cut pulp on the cranberry marsh and was also a part time maintenance man at Essex Lodge for about 5 years. Eddy was always a hard worker and bought his first house at age 16. In 1972, he bought a tavern which he named Mr. Ed’s Corral. He also started an excavating business. As time went on, Mr. Ed’s started serving food and as their business grew, they added an addition onto the building to make a dining room. In 2011, Eddy sold Mr. Ed’s. And as Eddy’s heath started to fail, he went into partnership with the excavating business with his son Charles. Eddy loved motorcycle bikes and racing. Throughout his entire life, Eddy always had a hobby farm. He raised numerous cows, bear, deer, horses and many other animals.

Krueger Family Funeral Home & Cremation Service is assisting the family with arrangements. You may view the full obituary and leave online condolences at www.kruegerfamilyfuneral.com