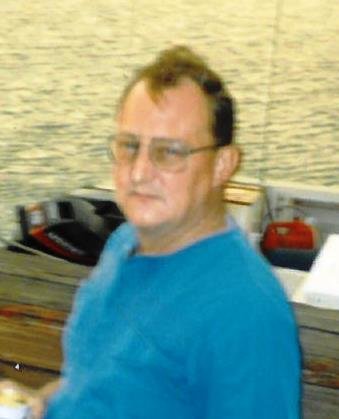 Eagle was born in Tomahawk on September 3, 1939, the eldest child of Wayne & Regina (nee Likwarz) Egelkrout. Daryl was kept busy helping his grandparents, Stanley & Margaret Likwarz at the mink farm and at their tavern. He stayed out of trouble with his friends growing up here, one of which, a lifelong friend, Jack Thayer. Daryl graduated from THS in 1957 and enlisted in the US Marine Corps which took him to California and Okinawa, Japan. Following his enlistment he returned to Tomahawk and began working at the Tomahawk Mill. He also shared a school bus route with his father, Wayne, for 21 years. Daryl was married on September 1, 1961. He and Char were married 29½ years. Eagle & Jack golfed in league at Edgewater, formerly Maple Birch, with the guys always behaving themselves. He hunted, fished locally and fished on Lake Superior and in Canada with good friends. Daryl made his own jigs and lures, crafted several beautiful airplane models, and had taken flying lessons from Wilfred Dotter. He was a member of the American Legion, Tomahawk and retired from the Tomahawk Mill – PCA in 2004. Daryl resided at the Veterans Home in King, WI from 2014 until September 3, 2019.

According to Eagle’s wishes, his life will be celebrated privately.

Eagle loved Tomahawk; the people of Tomahawk. He loved his family. Dad, you made it to 80, Cheers!

To plant a tree in memory of Daryl Egelkrout, please visit Tribute Store
Plant a Tree
Print
Share A Memory
Plant a Tree