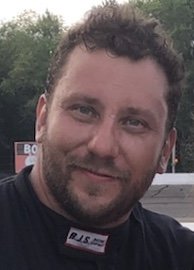 Scott was born February 15, 1977 in Waukesha County to David and Carol (Jacobs) Turkiewicz. He married Jennifer Otto on May 8, 1999 in Princeton, Wisconsin. Jen and Scott moved to the Tomahawk area in 2002. Scott was employed for the last 3 years with the town of Little Rice. Scott was also a well-known daredevil and had performed across the US and Canada crashing over 650 cars. He went by the names of Justin Sayne and Demo Devil. He had worked with the old Joey Chitwood Show which later became the Charlie Belknap Show. He loved to debate politics, vacationing in the Smokey Mountains, hunting, and four wheeling. He was a fan of Alan Kulwicki, Mark Martin, and whatever team Brett Favre was playing for.  He also served on the Little Rice Fire Department and was an EMT.

A Memorial Service for Scott Turkiewicz will be held on Saturday, August 3, 2019 at 1:00 p.m. from Krueger Family Funeral Home and Cremation Service. The family will receive friends at Krueger’s from 11:00 AM until the time of services at 1:00 p.m.

You may view the obituary and share online condolences at kruegerfamilyfuneral.com