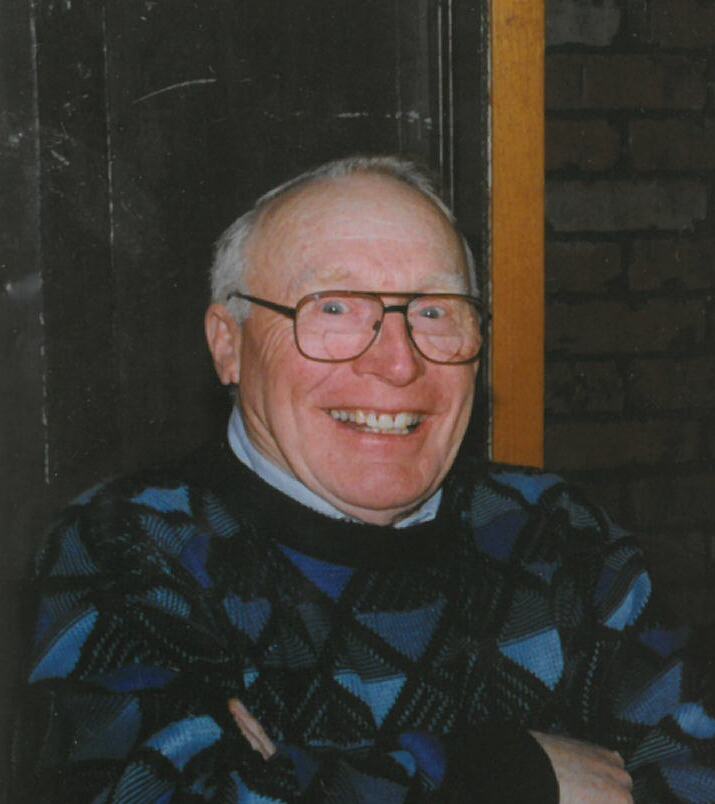 Scott K. Stevenson, 99, passed away Tuesday, January 18, 2022 at Rennes Health Center in Rhinelander. Scott was born July 6, 1922 in Merrill to Theodore and Grace Stevenson, Sr. He was married to Patricia Wyland on July 8, 1949, she passed away in 2017. Scott enlisted in the US Army during World War II. He served with the 300th Infantry Regiment, 1st Division and was in the first wave of soldiers at Omaha Beach during D-day. He was wounded and awarded the Purple Heart. Scott and his wife, Pat, owned and operated Scott’s Radio and TV in Tomahawk for over 40 years. In his younger years Scott enjoyed downhill skiing, boating, fishing, and being around family and friends. Later in life Scott and Pat enjoyed Polka Dancing and the Polish Hop. He also had a love of horses and each horse became part of the family. Scott was witty and always had a joke waiting. He enjoyed reminiscing about walks on Fromm’s farm, work horses, and his Harley Davidson Motorcycle. Surviving Scott Stevenson are his two daughters, Susie (Ron) Becker, North Branch, MN and Nancy (Don) Stiffler, Mount Dora, Florida, three grandchildren, Julie (Jim) Miller, Shelly (Max) Deutch and Ariel Becker. He is further survived by four great grandchildren and two sisters, Trina Wattson, California, and Sue Krueger, Waukesha. He was preceded in death by his parents, wife, Pat, sister, Pearl Gooze, and a brother, Ted Stevenson. A Funeral Service with Military honors will be held on Monday, January 24, 2022, 11:00 a.m. from Grace Lutheran Church. Burial will be in Oak Hill Cemetery in the spring. The family will receive friends at Grace Lutheran Church Monday morning from 9: a.m. until the time of services at 11:00 a.m. Face masks are required at Grace Lutheran. Krueger Family Funeral Home is assisting the family with arrangements. You may view the obituary and share online condolences at kruegerfamilyfuneral.com